As mentioned before and on my updates “about me” page, I’ll bring some topics for conversation to the table. So while you enjoy the vegan recipes and inspiration, I invite you to join the conversations in between. Today’s topic is going to be privilege, a sometimes controversial topic. We’ll look at the broader meaning of privilege while briefly touching on topics as white privilege and straight privilege. I decided to start here because I’ll probably refer to this in future posts.

Starting things of I want to say the following: being privileged doesn’t mean you didn’t have it hard, it means that the colour of your skin, sexual orientation, gender or any other fact doesn’t make it harder. So if you are someone who has some of the privileges I’ll briefly touch on, remember this. Read this with an open heart and mind, if we want to move forward we need to work together, we need to be honest and we need to see things for what they are.

My first encounter with privilege

Growing up my father made one thing very clear, he taught us that the colour of our skin and last name would come with certain disadvantages. One thing that I learned the hard way after I started being mentally and physically abused for the colour of my skin at age four, a story for another day. Still I acknowledge that although I don’t benefit from white privilege, I can’t speak for the struggles that my deeply melanated sisters and brothers go through. Colourism is real, and being a biracial light skinned and racially ambiguous cis man still comes with it’s privileges.

It is important for us to realise we have certain privileges over others. And if we truly care about creating a world where we can all live as equals, we need to address them and do something about it. You often don’t realize you’re privileged because you haven’t experienced life without it. Which is why we listen to others, which is why I made this post.

White privilege is going to school and learning about your history. It is being accurately represented in media. It means you probably never been racially profiled. You won’t get unfair treatment based of the colour of your skin. People won’t be surprised when you speak articulate. People won’t look at you funny and question your line of work for owning certain luxury products.

White privilege doesn’t mean that there aren’t any poor white people, it simply means that you won’t have to go through the struggles that black people and people of colour go through on a day to day bases. It comes with a cultural affirmation of one’s worth.

Heterosexual privilege means, just as with white privilege, you are accurately represented in the media. You have the privilege of showing affection to your loved one, in a public setting. You will not receive mental or physical abuse for being heterosexual. It means your family will not disown you for your sexual orientation.

There are countries around the world where being anything but straight is a punishable crime, some even carry the death penalty. In America there are still states where you can be fired for not being straight. And sadly black trans women are the highest at risk of being met with physical and mental abuse.

There are more forms of privilege, some we will definitely break down in future posts.

What can we do with our privileges

We begin with educating ourselves, do the research. Read articles, listen to people without claiming their space, listen to podcasts. I recommend books such as “White Innocence: Paradoxes of Colonialism” by Gloria Wekker and “Why I’m No Longer Talking to White People About Race” by Reni Eddo-Lodge. I’ll follow this article up with one on how to be an ally. Taking a deeper look at what we can do with our privileges.

Thank you for taking the time to read this article. To further this conversation feel free to dm me on my Instagram or leave a comment. Know that I come from a place of love. 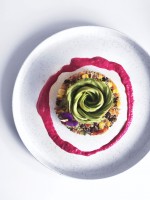 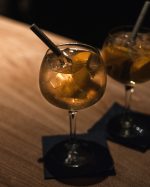