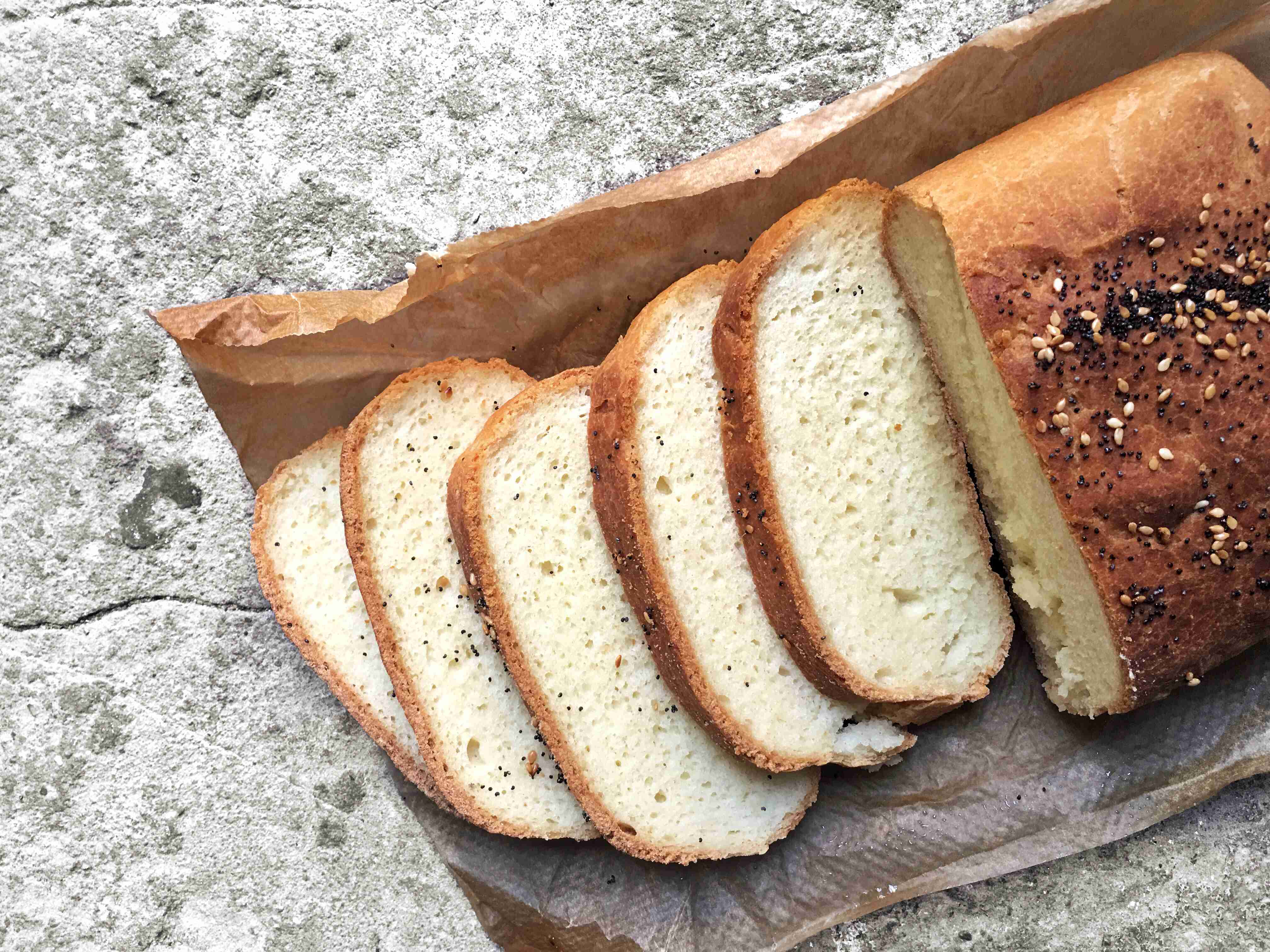 This post is not sponsored, just a boy trying out some vegan and gluten-free bread.

Since I’m avoiding gluten to see how it will affect my eczema and I still would love some avocado toast I had to give the gluten-free bread mix from Schär a try. I’ll be trying out my own flour blends to create some home-made gluten-free bread from scratch, which of course will be shared with all of you, but for now let’s keep it simple by trying out a ready-made blend.

I bought this gluten-free bread mix at Albert heijn for €3,99 and it will make about 2 breads. You can also buy it at different health food stores in the Netherlands. They also sell their brand in the states and many other countries throughout Europe! But before you buy it, let’s try it!

This turned out to be harder than I thought it would, especially since I didn’t have a scale or measuring cup. I know, how can a recipe creator not have these things, mainly because I’ve been working with the universal cups and measuring spoons, guess it’s about time to purchase a kitchen scale! Look normally I’m quite good at baking, ask me to make a twisted garlic bread, steamed buns or even some bounty roll and you can expect me to deliver, but when it comes to gluten-free baking I’m quite the novice.

I didn’t let myself be discouraged and decided to try to make the bread, sticking with the directions on the package and kinda measuring the ingredients, but also not really. I threw everything in my food processor with dough hook and kept adding water bit by bit, but I soon had to remove it from the machine and knead it by hand because the texture became quite though so my machine was basically massaging instead of kneading.

I added the mixture into a large bowl and started kneading adding flour and a bit of oil until I got a bread dough like consistency. The dough got transferred to a baking dish and I covered it with a bit of oil and a damp towel to prevent the dough from drying out. Now it was time for the oven to preheat so the kitchen would become warm and the dough would rise.

After about 45 minutes of rising the dough had doubled in size so I topped it with some seeds and baked it for about 50 minutes according to the package.

Ok to my surprise the bread came out pretty much looking like bread, now all that’s left to do is to let it cool before slicing in to it, just kidding, I let it cool just enough until I could cut it, but the bread was pretty warm, how could I refuse a warm slice of bread? 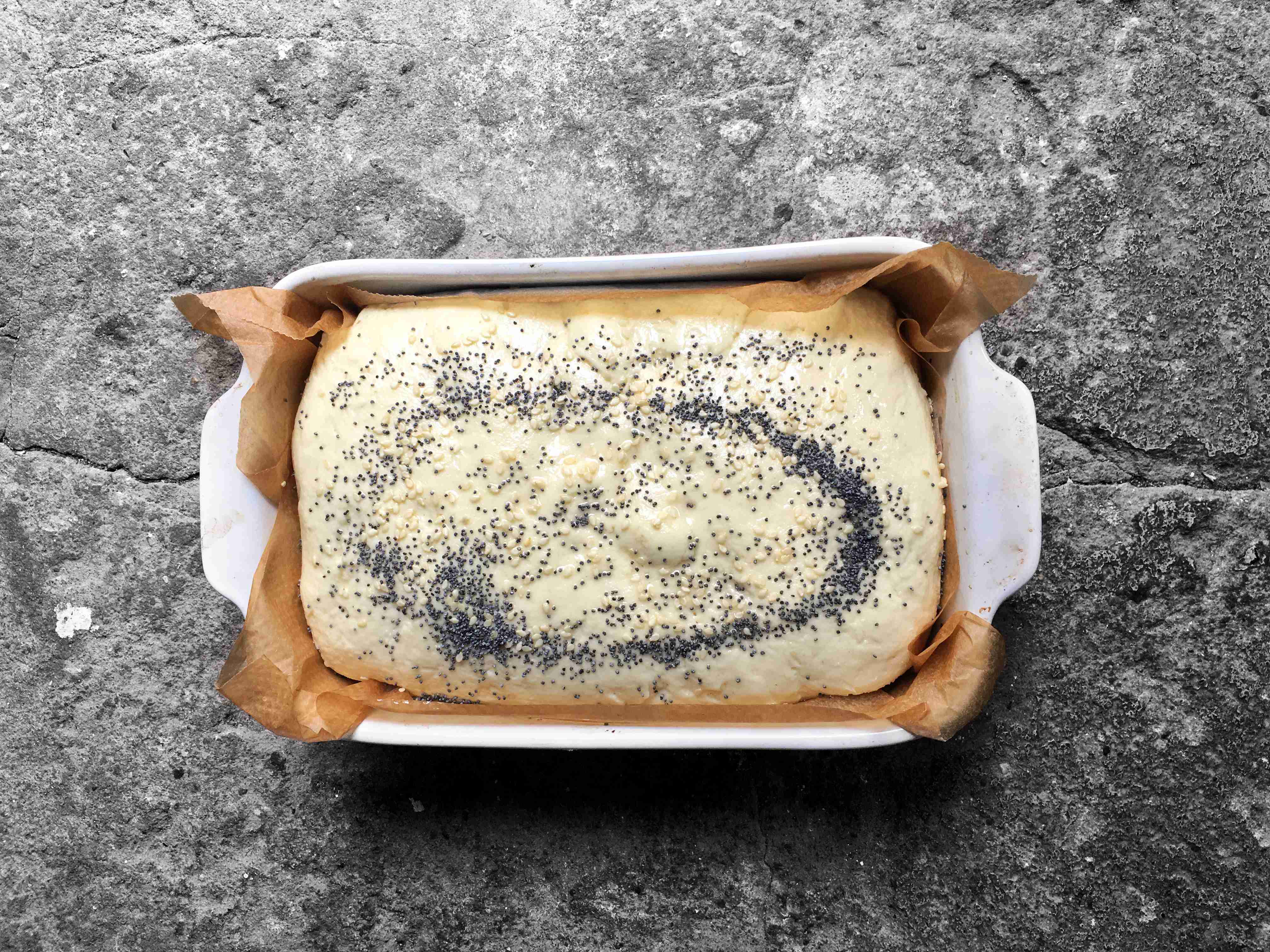 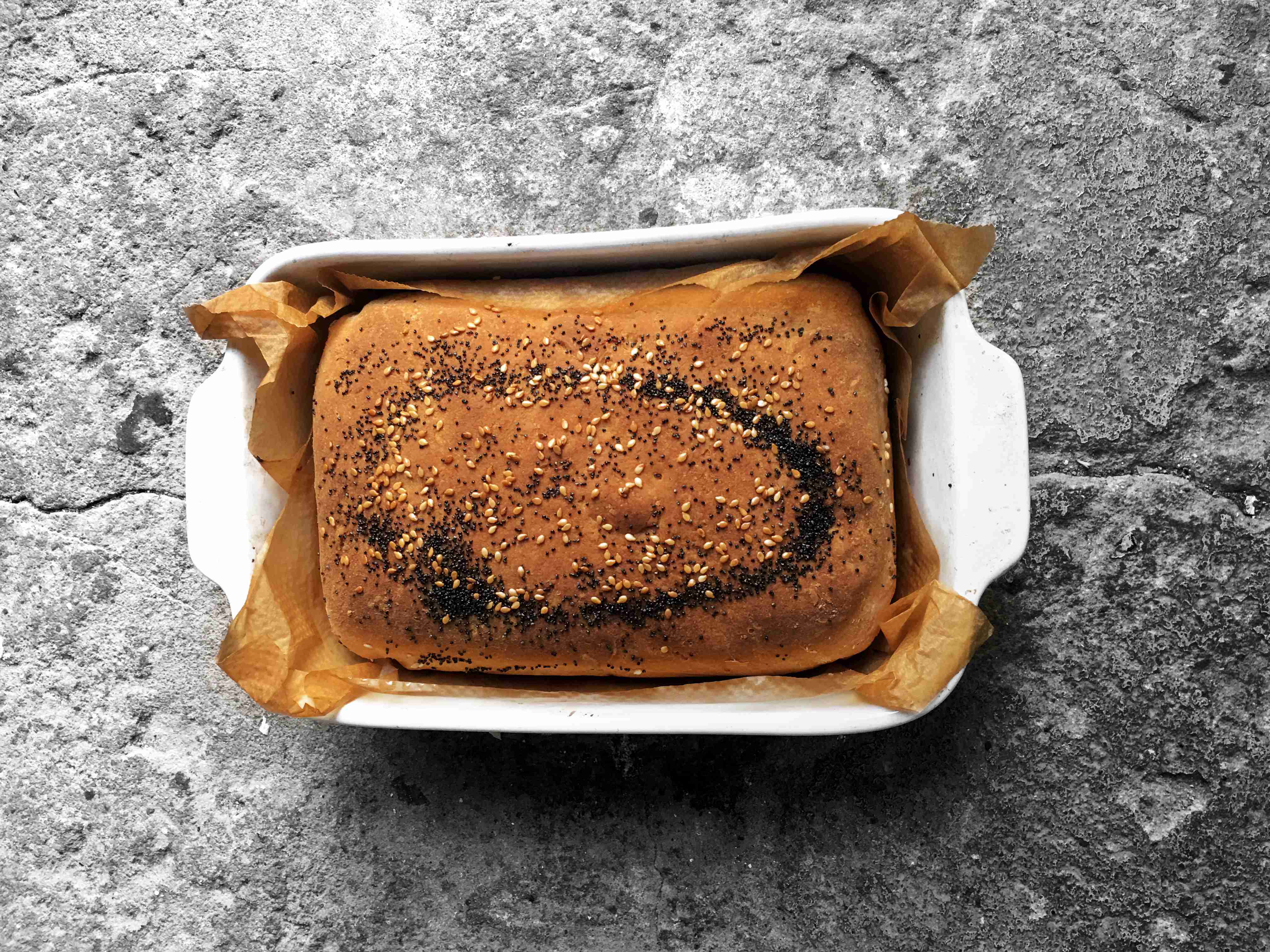 The bread was really hard on the outside so I expected a brick, but to my surprise the inside of the bread turned out to be soft and spongy (in a good way). I’m honestly so shocked with the results, even my family loves this bread, my skeptical and food snobby family! Would I recommend this to my gluten-free friends, heck yeah! Schär did a great job creating a gluten-free bread formula that doesn’t suck I’ll tell you that!

My family was immediately sold (which I’m still shocked by) but I do have to say that personally you do have to add some nice toppings because the bread itself doesn’t have much flavour. The texture and structure or the bread was also better than I’d expect a gluten-free bread to be, it had a decent crust and the inside was nice and bouncy.

I added some different toppings to see how the bread would score when properly decorated with delicious foods, one with hummus, sprouts and an avocado rose another with leftover curry and delicious miso/garlic cauliflower & the last one with a vegan nutella spread topped with 3 different types of berry yoghurt, berries and coconut (did someone call me extra?)

Well I guess it is safe to say that this purchase was a success! (not sponsored remember)

If you’re using this product to make some delicious toasts or bread feel free to tag me on Instagram and don’t forget to like my Facebook page. Also what should we try next? 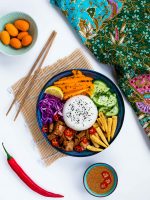 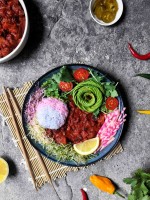 « Roasted Tomato & Basil Soup
What Yoga Means To Me »